Thanks to Amy and Lisa, we feel assured that our properties are in safe hands. We know you have our best interests at heart and appreciate that you always know who we are when we call up or pop in. A lot of companies have lost this personal touch that Bayleys still has in tact. We appreciate the property managers extremely high standards and will continue to use your services while we have our rentals. We have no hesitations in recommending other landlords your way. Dianne and Darren, Christchurch 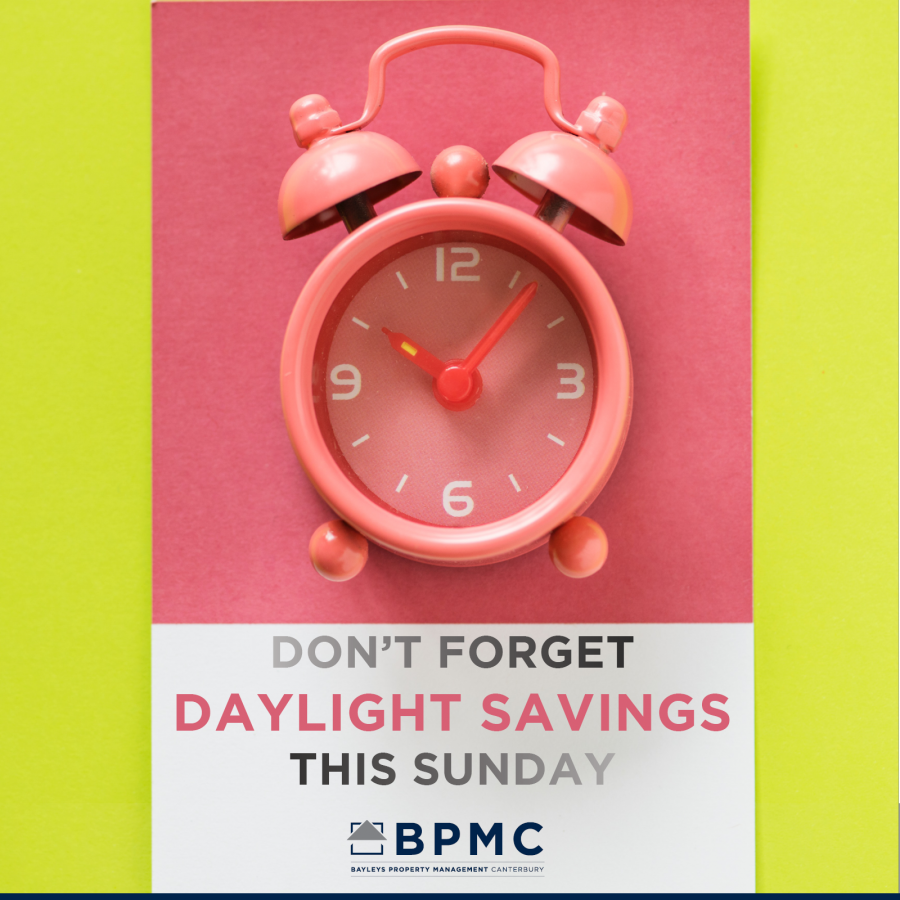 It's that time again.

The start of daylight saving is welcomed by many, ushering in the prospect long summer evenings around the barbecue, on the playing fields or at the beach.

Of course, this wishful thinking could be rudely interrupted by the reality of spring's unsettled weather, or heaven forbid, another December deluge. But at this time of year, with an imagined endless summer stretching before us, we are allowed to daydream.

A few are peeved at the return to darkness as they start early morning jobs - dairy farmers and even the occasional daily newspaper worker.

Just when they were finally seeing a bit of light at 6am, it's back to the pre-dawn gloom. But the benefits at the other end of the day make up for it.

Who cannot feel the spirits lift a little in the warm rays of a summer evening?

The people we can thank, or in some cases blame, for this in New Zealand include a Wellington astronomer, a Dunedin MP and a Nelson city councillor.

Astronomer George Hudson is credited as the first Kiwi to have the bright idea of daylight saving, presenting a paper to the Wellington Philosophical Society in 1895.

But the society chaps took a dim view and he was ridiculed, according to an Internal Affairs history.

Parliamentarian Sir Thomas Sidey was the next to try, putting up a member's bill in 1909 arguing for clocks to be put forward during summer to provide an extra hour of daylight in the evenings.

The bill was rejected, but Sir Thomas was nothing if not persistent, and brought it back for the next 20 years.

Sir Thomas, from Dunedin, argued that the extra hour would provide recreational and economic benefits (less power used). Opponents said it just wouldn't do in rural areas, particularly for the wives of working men who would have to "get up an hour earlier in order to get her husband away to work".

However, a year after that defeat, the indomitable Sir Thomas finally won the longer day with the passing of the Summer Time Act that put clocks forward an hour between November 6 and March 4.

In 2008, the period was extended: from the last Sunday in September to the first week in April. A survey that year found more than 80 per cent of Kiwis approved, including just over half of the dairy farmers who took part.

So we have the time to make the most of summer. After such a soggy few months, we can only hope that other essential ingredient plays ball.